While several people seem to be basking in their Emmy nominations, 50 Cent doesn’t seem to be very happy about his show POWER on Starz that was snubbed after its 6th season. 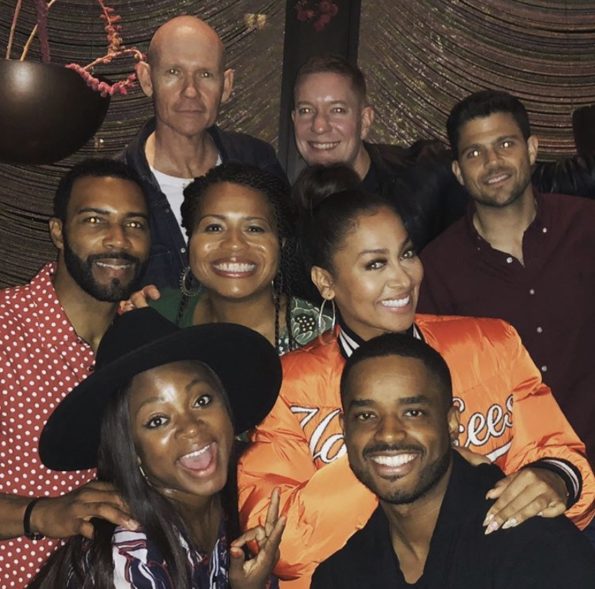 He took to his social media to post what looks like a painting of a black man’s backside with the caption:

ok here it is Emmy’s, My Black ass for your consideration to kiss?Fuck your organization I only care about NAACP awards. ? #bransoncognac #lecheminduroi

ok here it is Emmy’s, My Black ass for your consideration to kiss?Fuck your organization I only care about NAACP awards. ? #bransoncognac #lecheminduroi

The 2020 Emmy awards, which takes place on September 20, has already released the list of this year’s nominees, which include HBO’s Insecure, Issa Rae and Yvonne Orji, Anthony Anderson, and Mahershala Ali. 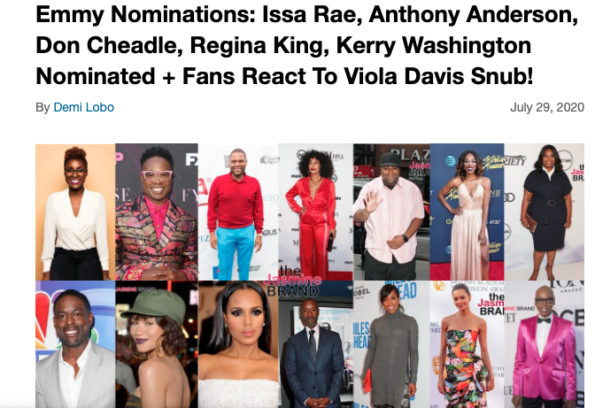 This wouldn’t be the first time that 50 Cent has had something to say to the Emmy committee.  Last year, he shared similar sentiments when he posted facts along with “kiss my black a**” statement. 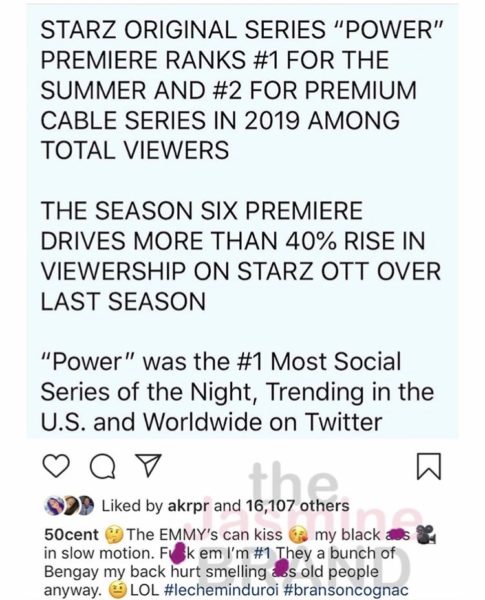 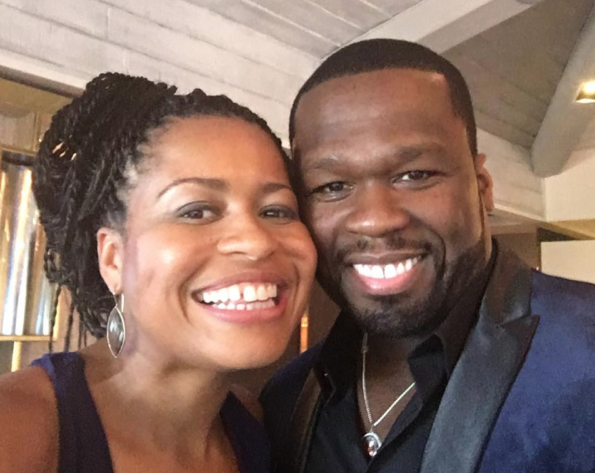 POWER keeps getting Better, you know the vibes. #bransoncognac #lecheminduroi

Though POWER has yet to secure an Emmy, the popular show has garnered several NAACP Image Awards.

The show will have four spinoffs, beginning with Power Book II: Ghost that airs September 6, according to Courtney Kemp’s Instagram page.

What do you think about how 50 Cent has reacted to being snubbed for POWER?