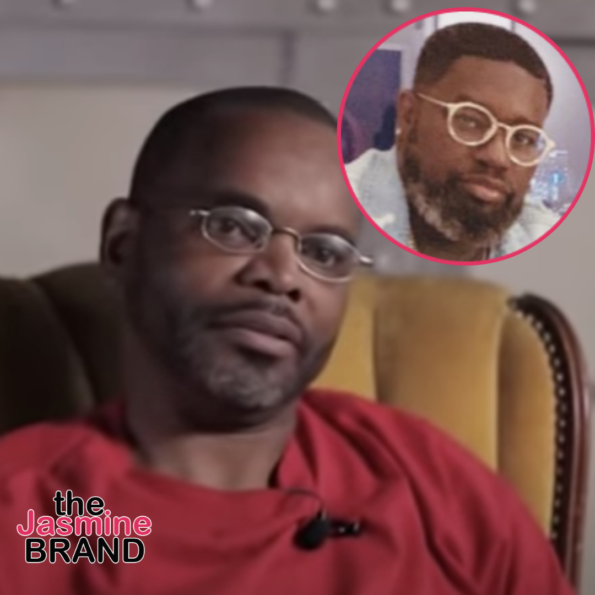 ‘Friday’ actor Anthony ‘A.J.’ Johnson’s friends and fans came together to make sure his wife is able to pay for his funeral expenses. The GoFundMe petition created to help fund Anthony Johnson’s funeral has passed its goal of $20k and is currently nearly $47k. 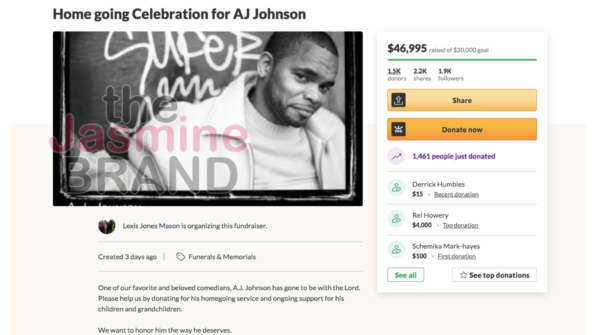 It appears that comedian Lil Rel, born Milton Howery Jr., has given the largest donation so far. The GoFundMe lists the name ‘Rel Howery’ under the highest donations for $4k. 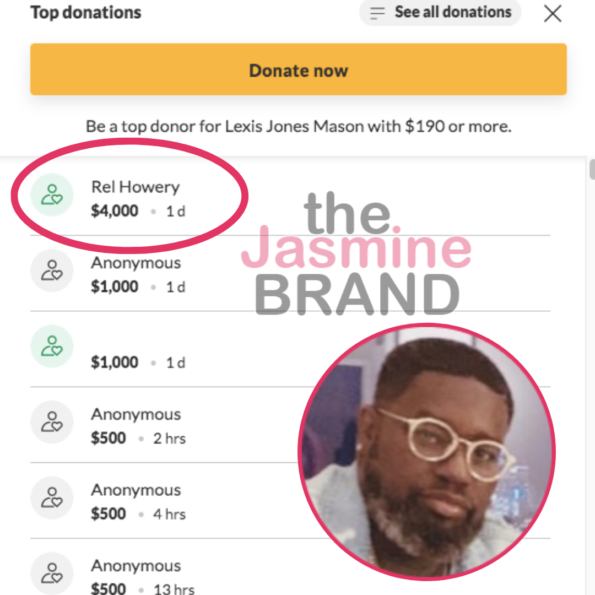 As previously reported, many were shocked when news recently broke that actor/comedian Anthony Johnson was found lifeless in a Los Angeles store last month. A cause of death still hasn’t been released.

Following her interview, Comedian Michael Blackson shared a post to his own IG page encouraging his fans to donate to the Johnson family and vowed to match donations. 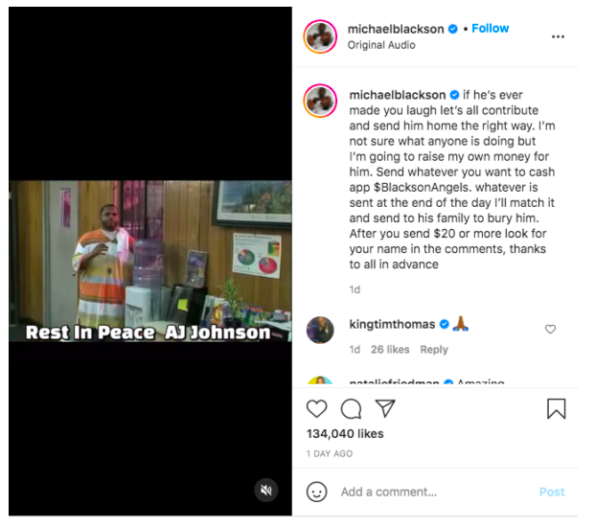 Our thoughts and prayers continue to be with the family and loved ones of Anthony Johnson at this time.