Update #1 (July 23): Details of a fire that occurred at one of Beyoncé’s alleged properties are still scarce, but an update has revealed that the incident is being investigated as simple arson.

Officials are said to have received a call about a suspicious person in the area around the same time the fire broke out.

“people are known to use an unlocked gate to come onto and leave the property.”

One neighbor added that police thought someone broke into the home ahead. of the fire.

“Inside the house, I’ve never seen any activity in the two years I’ve been here. No activity at all.”

While no one has lived in the home in recent years, it is said to have working utilities.

Original Story: Beyoncé may be dealing with the aftermath of a house fire. According to reports, a $2.4 million historic New Orleans mansion allegedly owned by Beyoncé, 39, caught fire yesterday, July 21. Reports claim that the fire started around 6:00 p.m. (CT) and 22 firemen arrived at the scene to deal with the situation. The fire was fully extinguished over two hours later around 8:30 p.m., according to a New Orleans fire department spokesperson. The spokesperson revealed that there was no one in the home at the time of the fire or any injuries from the incident. They also shared with the New York Post that if they,

“didn’t get there when they did, it could have been much worse. It’s a historic home.”

The mansion is a six-bedroom, six-and-a-half bathroom home and was built in 1927 as the Westminster Presbyterian church. The cause of the fire has yet to be determined. However, the fire reportedly only rose to a one-alarm fire status.

Developing: The New Orleans mansion reportedly owned by Beyoncé caught fire tonight. It is now under control. No injuries were reported.

"If they hadn't gotten it under control, it could have been worse," a spokesperson said. https://t.co/ixDb4QEa5t

Beyoncé has yet to speak on the fire or confirm the property belongs to her. 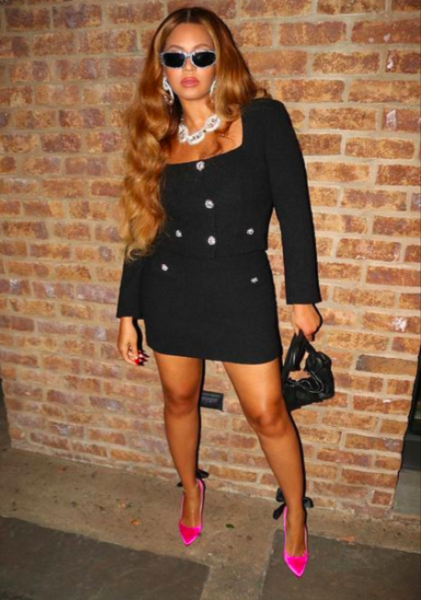