Congratulations are in order for talented black-ish actress Marsai Martin as she will be starring as the host of her brand new talk show on streaming network Quibi! Off the heels of being named as the youngest executive producer ever with the 2019 feature film “Little,” the streamer says that the show will be called “Tiny Talk Show” and will very literally be a smaller version of a standard talk show.

The 15-year-old talent will reportedly be hosting the show on a set one-sixth the size of a normal one and will feature intimate discussions with her peers on all sorts of subjects. No specific details regarding what guests Marsai Martin will be talking with have been released as of yet. Nevertheless, Quibi says that Marsai Martin‘s new show will help viewers realize that

sometimes the littlest voices are the loudest. 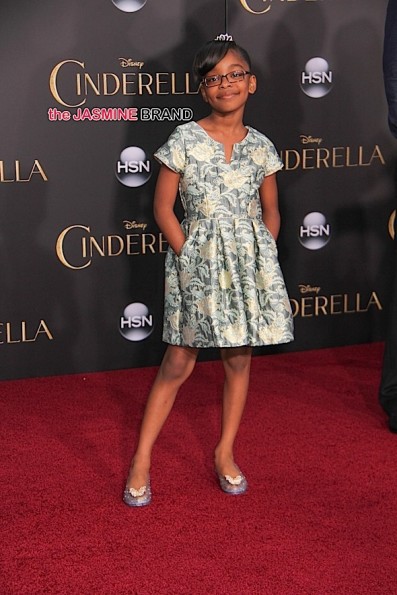 “Tiny Talk Show,” dubbed the world’s smallest functional talk show, will be produced by Art & Industry, which has also produced comedic actor Kevin Hart‘s “Seriously Funny” and “I’m A Grown Little Man” stand-up specials on Comedy Central.  Of course, Marsai will put on her executive producer hat once again under her company Genius Entertainment with her parents, Josh and Carol Martin.

She’s made her voice known in more ways than one recently. She responded to negative comments about her appearance and said,

“So I was on Twitter and a lot of people had been addressing my hair – were talking about my hair and how it looks like a grandma’s wig – and I don’t. And they’re talking about my veneers and [my retainer] doesn’t look like a veneer to me. And it’s hard it’s difficult to run through my mind. But I’m sorry to anyone that I offended or haven’t gotten to your expectations about how I’m supposed to be and I apologize. I never want to hurt anyone’s feelings or have anyone worried about what my decisions are.”