Chris Brown DMs Barack Obama: Let’s Set Up A March! We Have To Start A Compassionate Revolution! 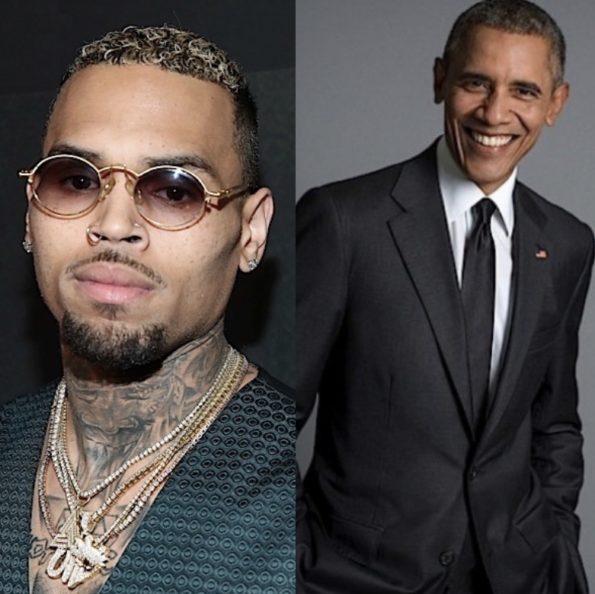 Chris Brown DMs Barack Obama: Let’s Set Up A March! We Have To Start A Compassionate Revolution!

Singer Chris Brown is ready to join the revolution against racism, and he’s looking to partner up with President Barack Obama! The singer slid in Barack Obama’s Instagram DMs in hopes of planning a march. 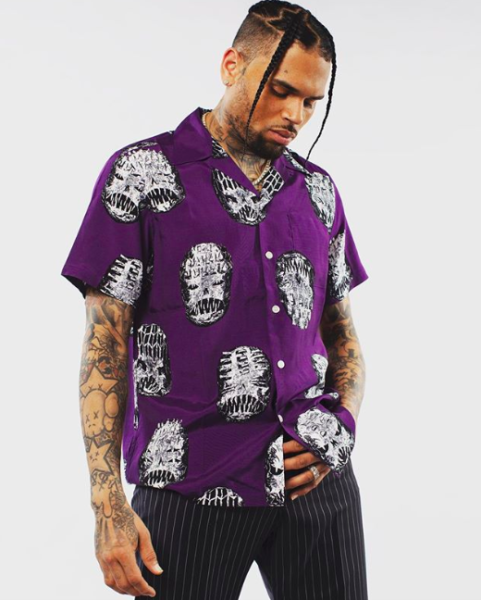 Before deleting the post, Chris’ caption reflected sentiments of the DM being worth a try:

“U miss 100 percent of the shots you don’t take. IM STRIVING FOR REAL PEACE, REAL UNDERSTANDING, this dm may go unnoticed but I want us all to be able to shift the balance with so much love that no ones life is “useless” or “LOOKED OVER”(Ignored) #BLM”

“LETS SET UP A MARCH FOR CHANGE…. THE WHOLE WORLD WILL BE BEHIND YOU… I DONT KNOW U PERSONALLY BUT WE HAVE THE SAME HEART, BRAIN, AND POWER TO CHANGE THE WORLD FOR THE BETTER…. NO PUBLICITY STUNTS… A REAL MARCH… WE HAVE TO START A SMART,LOVING, compassionate REVOLUTION” 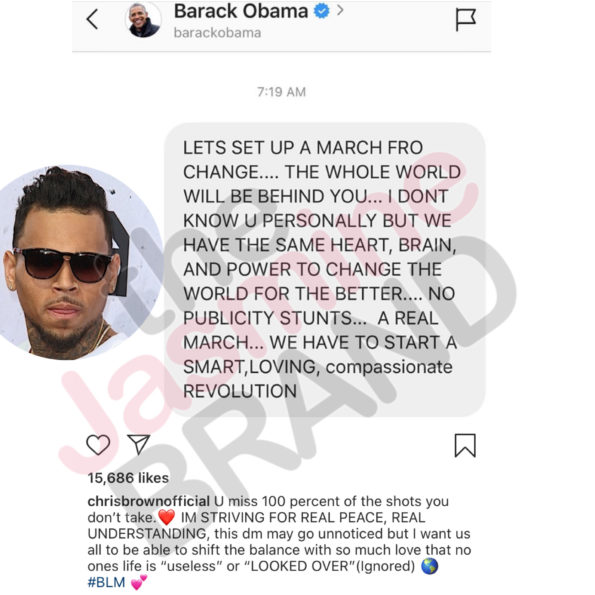 His attempt comes after his friend/fellow Virginia native, Trey Songz showed his support for the Black Lives Matter movement. Trey Songz marched alongside natives of his hometown of Petersburg, Virginia to raise awareness on police brutality and racism.

About a week ago I accepted the #FeedYourCityChallenge from my dawg @kingpush and in celebration of Juneteenth as well as Father’s Day weekend we decided to turn it up a notch. I’m excited and inviting everyone to come out in the name of unity, justice, and giving back. Special thanks to @therickydavislegacyfoundation #tonydraper and my bro @mu.daddy for putting this together so quickly. #BLACKLIVESMATTER

Barack Obama has yet to publicly respond.

Are you here for Chris Brown teaming up with Barack Obama? Let us know in the comments.