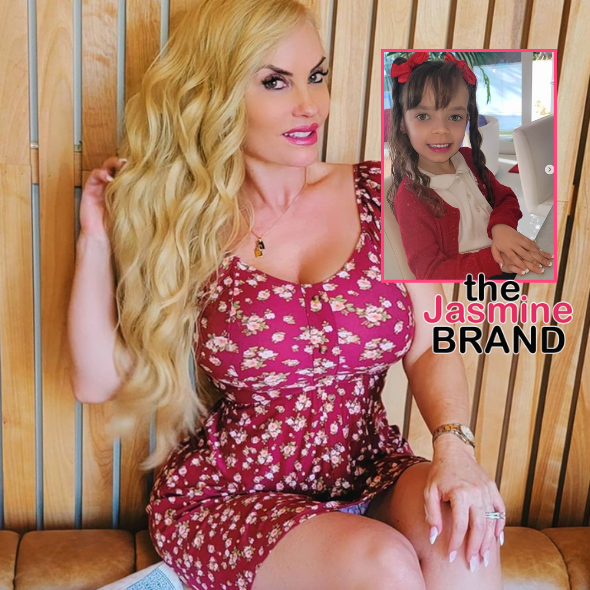 “Chanel still likes my boob. It’s a big bonding moment for a mother and your child.”

She added that  while Chanel will “eat steak and hamburgers,” she also “likes a little snack every now and then.”

“Why take that away from her? … If she doesn’t want it, all right, that’s where you stop it. But I’m not just going to say no.”

She later reacted to the negative comments and said,

“I’m not a[n] arguer. Whatever you wanna believe, you can believe. But I just don’t believe [because] society says ‘They should stop at two’ [that] you as a mother should stop because they said so. I’m [not] gonna stop because I feel like it’s a great bonding experience between her and I… She’s my only child, it’s not like I have a big family of kids, and so I’m savoring every moment with this child.”

“I always thought I wasn’t gonna go on and on with this breastfeeding thing. I thought I would stop more like around 1. But then I loved it too much, and I was like ‘I feel like I’m wanted, like she wants me.’ I think a lot of mothers would understand… Back in the day, we used to live – big 8-10 [person] families in one room. They would feed them, co-sleep with them, nurse them. Now since it’s a new day, we have to change the rule. Why change the rule?”

Now, some fans are side-eyeing her for another reason. Yesterday (Thursday, Sept. 23) she shared a photo of Chanel rocking nail tips with the caption,

“School Picture day!!
For the special occasion I let Chanel do mini tips to her nails..
I love doing her hair.. my little doll baby is what I call her….” 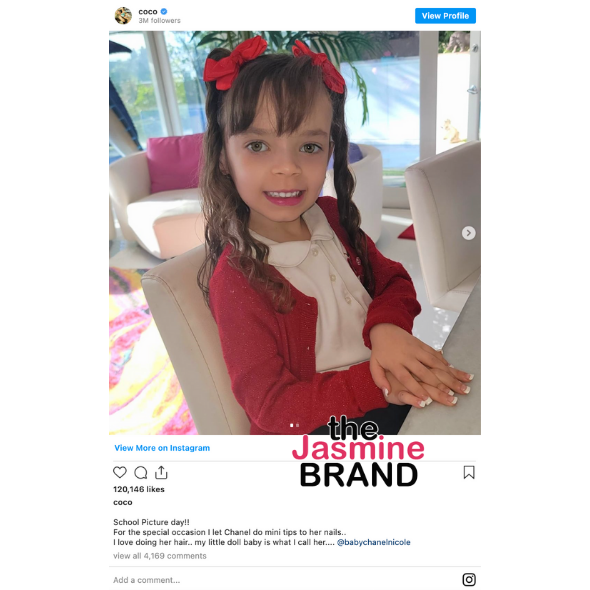 It didn’t take long before fans took to the comment section to share their reactions, many saying they think the child is too young for fake nails. 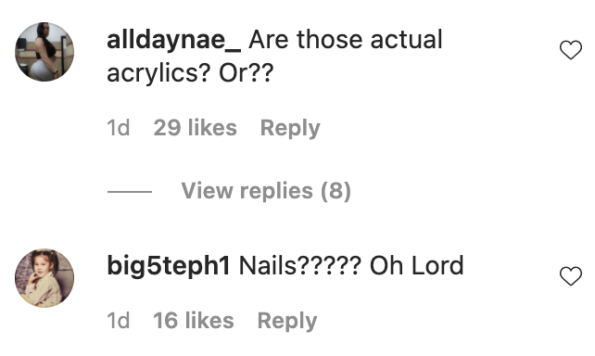 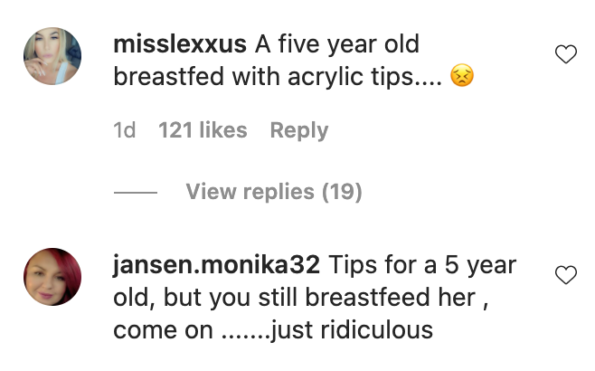 What are your thoughts on the look? Comment and let us know.