According to reports, Diddy’s son Christian Combs was involved in a car accident early morning on August 5th. 22-year-old Christian Combs, who raps under the name King Combs, was reportedly hit around midnight in Beverly Hills when a man in a Tesla lost control and smashed into his Ferrari.

Diddy’s son Christian Combs was in a car accident, according to reports. Thankfully, he is doing okay ?? pic.twitter.com/XaWWaM8RJ0

Thankfully, it’s being reported that Christian Combs only suffered from minor injuries and was able to be treated on the scene. The driver of the Tesla was allegedly arrested for driving under the influence. Both vehicles involved in the accident have reportedly been totaled.

Prior to the accident taking place, Christian Combs shared an image of himself posted up on his red Ferrari to his Instagram stories. 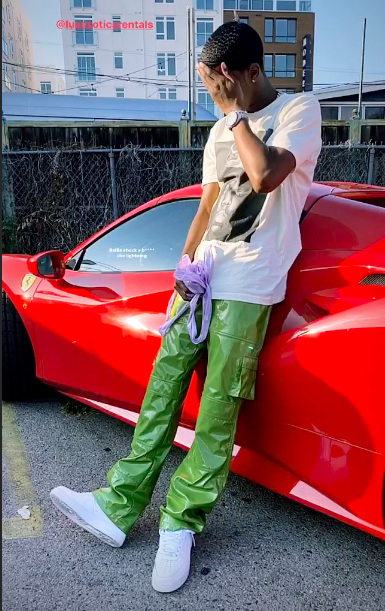 So far neither Diddy nor Christian have commented on the incident.

We’re happy that no one was seriously injured following this alleged accident.