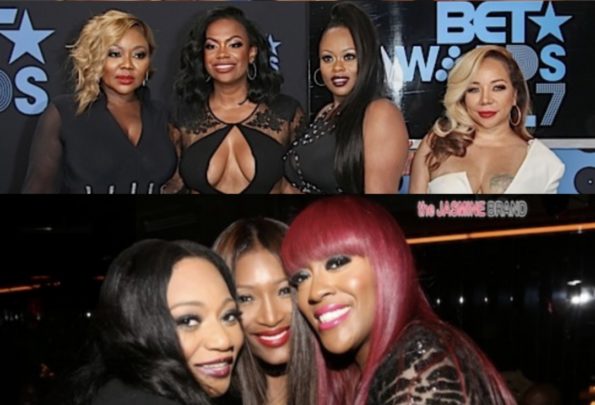 theJasmineBRAND exclusively reports, SWV and Xscape are taking their talents to the small screen. Sources tell us that the legendary R&B music groups have teamed up for a new docu-series. The show will air on BRAVO and was confirmed by the network.

We’re told that the show is executive produced by Mona Scott-Young and will follow the singing sensations as they are in the studio and tour.

Both groups made headlines last year while they battled in a Verzuz.

Meanwhile for non-scripted series, viewers can expect them to see the pair:

reunite once again to prepare for a show that promises to reignite their music careers. There is much at stake for these powerhouse women as they navigate different stages in their lives, both personally and professionally. From celebrating the power of collaboration and sisterhood to pushing to overcome obstacles, there is no shortage of wonder, watching two of the most iconic female R&B groups of the ’90s come together for this multi-part limited series.

Will you tune in?