theJasmineBRAND exclusively reports that Trick Daddy and Trina are no longer on the radio in Miami, says a source.

The duo hosted the Trick and Trina Morning Show for Miami’s 99JAMZ.

theJasmineBRAND first broke the story that the rappers and Love & Hip Hop: Miami stars landed their own radio show in the summer of 2019, despite having a public fallout that aired on the VH1 reality series. 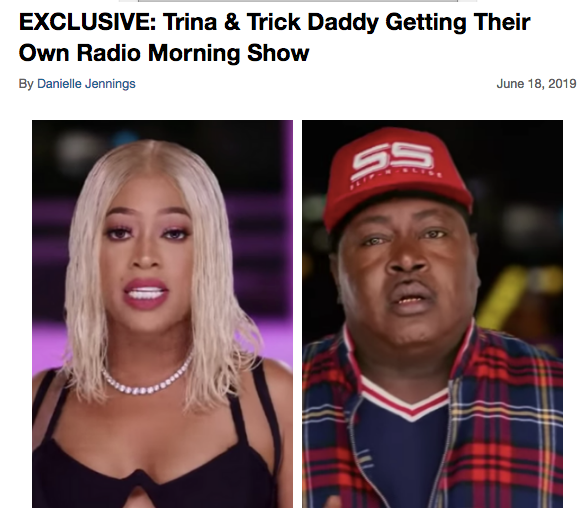 A few months later, theJasmineBRAND reported exclusively that Trick Daddy and Trina would be replacing The Rickey Smiley Morning Show. 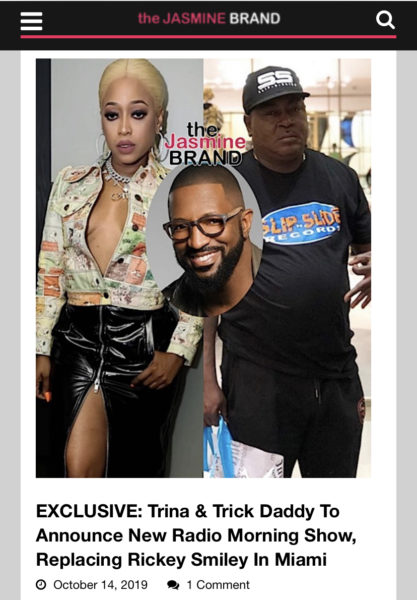 That following June, Trina sparked controversy when she made remarks about looters and protestors during the nationwide outcry against racism.

She said on her and Trick Daddy’s radio show,

She later issued a lengthy apology. 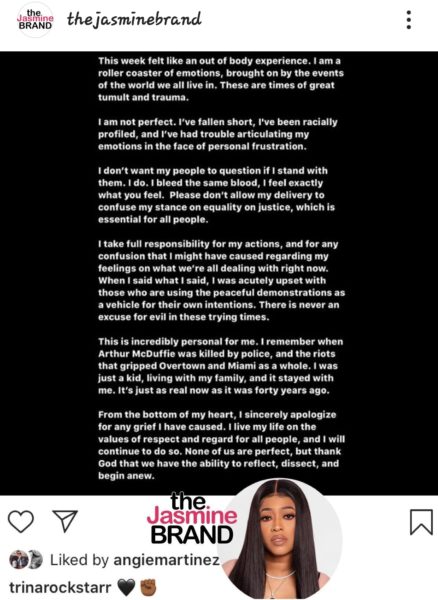 What are your thoughts on this? Let us know in the comments.