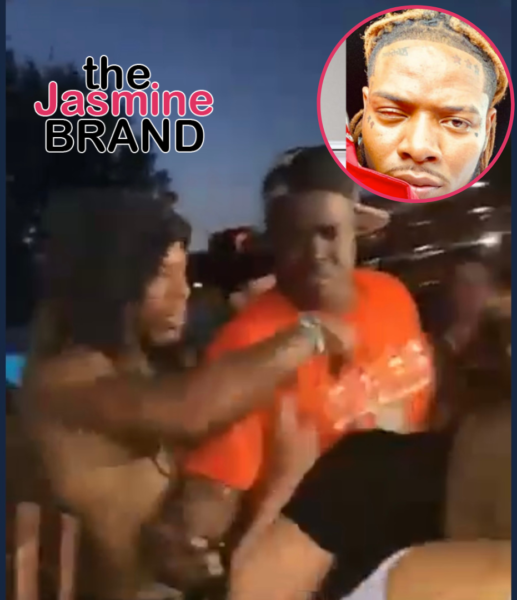 Hip-hop artist Fetty Wap recently had a violent interaction with a fan.

The “Mine Again” singer was allegedly videoed over the weekend slapping the hat off of an individual. Reportedly, someone in the crowd splashed water on musician before a woman was smacked across the head. Fetty Wap, 31, was performing at the Saturday In The Park festival in Sioux City, Iowa prior to the incident.

In the now viral video, you can see a visibly upset Fetty growing more aggressive before knocking whats seems to be a bottle out of one person’s hand, and loudly slapping another. Security slowly reacted to the moment, pushing the musician back, separating him from the woman hit.

#fettywap reportedly slapped a woman at a festival in Iowa because she poured drinks on him and kept touching him. Thoughts? pic.twitter.com/N05FBUxVlm

The short video made its way around social media quickly, though further details on the matter have yet to be confirmed. Back in October of last year, the “Trap Queen” artist circulated headlines after he was arrested on narcotics charges. Reportedly, police obtained photos of Fetty, born Willie Junior Maxwell II), with $1.5 million cash, 16 kilograms of cocaine, as well as two kilograms heroin and fentanyl pills seized from the bust.

Fetty is currently on house arrest under GPS monitoring until his Federal trial starts. It’s unclear whether the video will effect the terms of his probation at this time.

Were you shocked at seeing Fetty slap the woman? Give us your thoughts in the comments!