Gary Owen was the life of the party during Gucci Mane and Jeezy’s iconic Verzuz battle Thursday night (Nov. 19th).

But some weren’t fans of comments he made during the live special. See a few below. 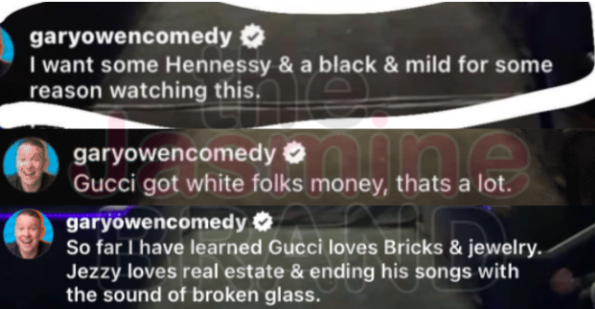 One went as far as alleging Gary Owen’s comments were racist.

It didn’t take long for many to share their thoughts, causing Gary Owen to trend.

Gary Owen was out here saying that he wished he could the say the N word and used his "Black wife" as a shield for it. Not mention tried jump on the dog MoNique bandwagon when she called out Oprah, Tyler Perry, and Lee Daniels. Not caping for him. pic.twitter.com/VpgjkQcVZ6

wait yall think GARY OWEN is racist…yall must be too young to know his background & who he is pic.twitter.com/bKKbnC2l7m