Kanye West – Morris Brown College President Tweets Rapper In An Effort To Recognize His Late Mother At ‘Donda’ Release Party, She Taught At HBCU For 20 Years

Kanye West – Morris Brown College President Tweets Rapper In An Effort To Recognize His Late Mother At ‘Donda’ Release Party, She Taught At HBCU For 20 Years

Kanye West is already receiving so much love ahead of the album release named after his late mother, Donda.

Just hours ahead of the highly-anticipated event, a tweet from Morris Brown College president Kevin E. James went viral as he attempted to get in touch with Kanye. He wrote,

“@kanyewestMy name is Kevin James, President of HBCU Morris Brown College here in Atl. Your mother taught at our college for 20 years and was Chair of the English Department. I will be at your concert tonight and wanted to present you a resolution on behalf of your mother”

Kanye’s mother tragically died as a result of surgery complications in 2007. She was 58. 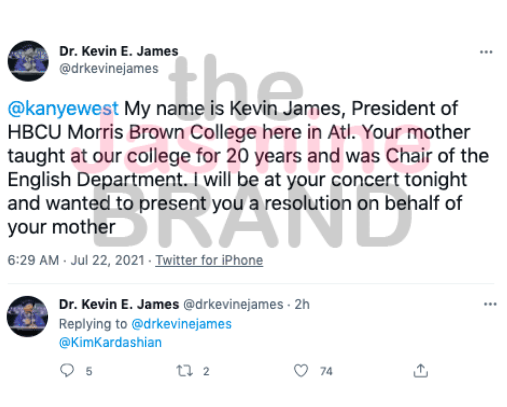 Fortunately, his efforts worked, and just hours later he updated Twitter users and said he had a meeting with the rapper’s team. 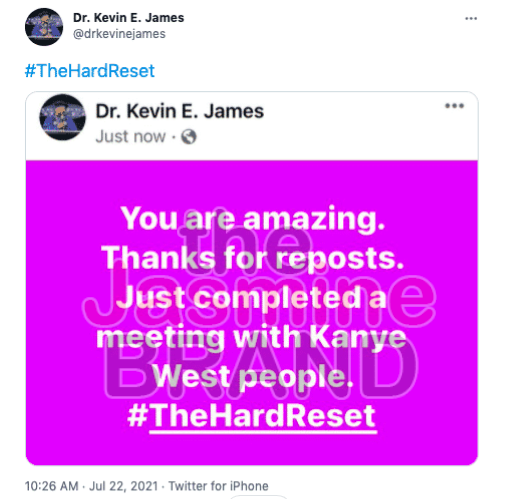 Kanye West announced the Donda release earlier this week, after months of speculation. He teased a new song “No Child Left Behind” with a video featuring track star Sha’Carri Richardson. It also served as a Beats By Dre commercial.

What are your thoughts on Kevin E. James wanting to salute Kanye West’s mother? Comment and let us know.