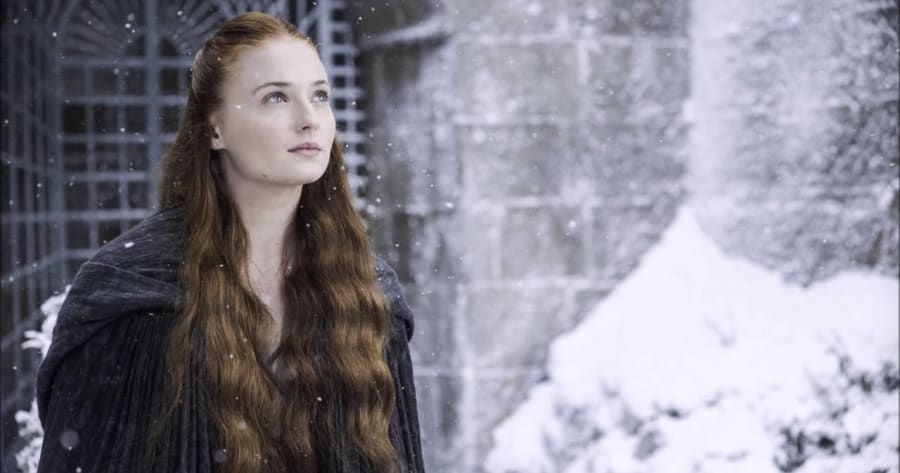 “Game of Thrones” star Sophie Turner was just on “The Late Late Show” last week — and then at Kit and Rose’s wedding — with her usual long reddish-blonde hair. But now that’s all gone.

Now her hair is shorter and looks a lot more Daenerys Targaryen than Sansa Stark:

Classic Hitchcock blonde. Although now we can probably call that Khaleesi blonde.

Sophie Turner — who is naturally blonde, but not ice blonde — had previewed a hair change in a February interview with ELLE:

I heard you dye your hair red every week for Game of Thrones. Is that true?
I used to! Now I wear a wig, because I love my blonde too much. I started wearing a wig in season seven because I had dyed my hair blonde and it wasn’t the best experience, so we couldn’t really dye my hair back red.

When Game of Thrones has its series finale will you do a crazy makeover to commemorate the occasion? Like when Emma Watson chopped her hair off after Harry Potter.
I don’t know. I haven’t thought about it, actually. I’m really happy blonde. I think I might chop it off a bit more, maybe do a Brigitte Bardot 1960s kind of bob. Maybe I will like go crazy and dye it multicolors or something! Except for Jean Grey [in “X-Men”], I’ll have to go back to red at some point.

Kit Harington talked about chopping off his hair after “Game of Thrones,” so he’s probably next.

Turner was just talking about her new “Game of Thrones” tattoo, and insisting it’s not a spoiler on the final season. However, she also just scared a lot of fans when saying the upcoming Season 8 has the most death of any season.

Most, if not all, of the “Game of Thrones” stars seem to be done filming. There was a previous wrap party, but the show hadn’t completely wrapped yet. According to Watchers on the Wall, the true final wrap party will be June 30 in Belfast, with the full cast assembling.