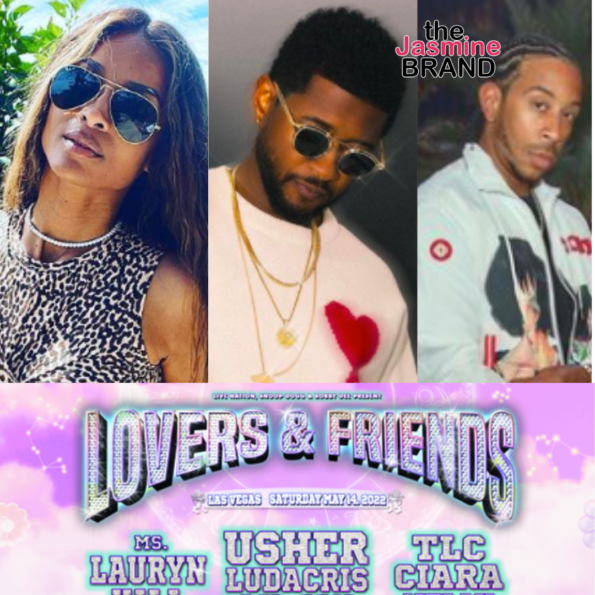 Reportedly, the LV Metropolitan Police Department stated that three people were taken to the hospital after the crowd stampeded. Police state that around 10pm, reports of gunfire near the area riled up the audience, causing attendees to frantically rush towards the exit. However, an LVMP investigation concluded that there was no evidence to support the report. Following police clearance to continue, the concert resumed to completion. 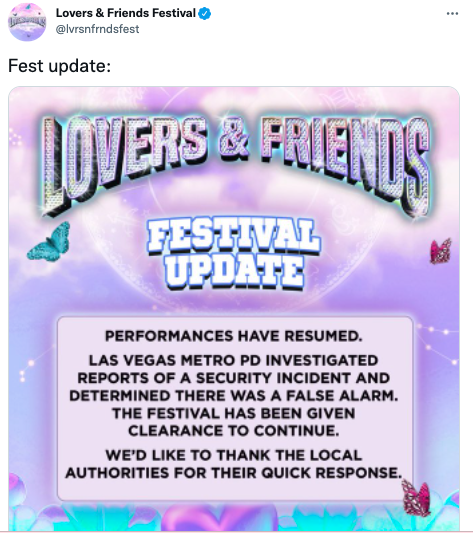 Social media users quickly took to the internet to post check-ins and share their experience. According to one user, the stampede began after people screamed “shooter”, and claims thousands of people abandoned the concert following the gun scare.

Half of the crowd at lovers and friends left immediately after thousands of people created a stampede and got trampled because everyone was screaming “shooter”. That shit was crazy. pic.twitter.com/MUcwAb1FcW

Another user claims it was a fight that instigated the stampede, though no physical altercations were reported by police.

Many others simply recounted the fear they had in the moment, some saying it’s been the most fearful they’ve been in their lives.

The incident comes after 10 people were killed at Travis Scott’s Astroworld concert in Houston back in November of 2021. As well as the mass Las Vegas shooting that saw 58 people fatally shot at the Route 91 Harvest back in 2017. Thankfully, there were no fatalities nor life threatening injuries reported.

Do you think concerts are becoming more unsafe to attending? Give us your thoughts in the comments section.