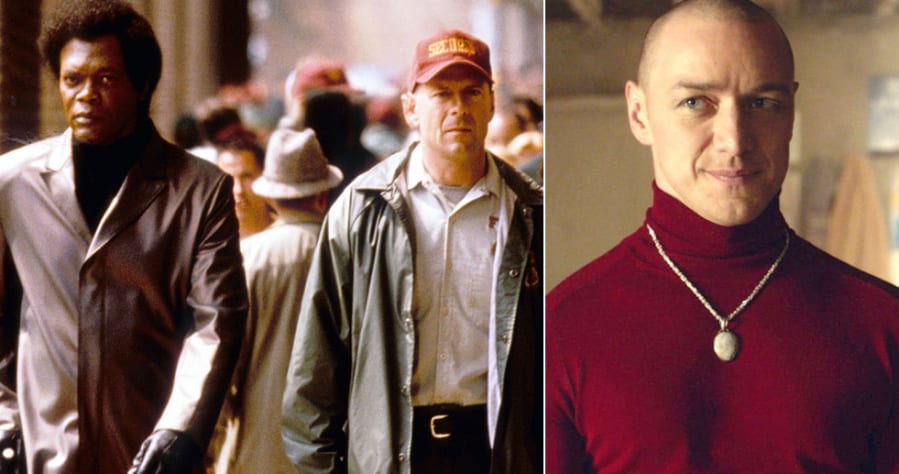 M. Night Shyamalan‘s next film “Glass” has automatic spoilers attached. It is the sequel to both his 2000 movie “Unbreakable” with Samuel L. Jackson (Elijah Price/Mr. Glass) and Bruce Willis (David Dunn), and his 2016 film “Split” with James McAvoy (Kevin Wendell Crumb/The Horde).

It’ll be the ultimate superhero/supervillain mashup.

Night gathered the three stars together for the debut poster, which the director then shared as a tease of more to come at Comic-Con:

I’m so excited to tell you that @GlassMovie will be at #ComicCon. I will be in Hall H on July 20th with the cast! You can expect a surprise as well…

But if you need your #GlassMovie fix before July 20th, here’s the world premiere of our teaser poster. pic.twitter.com/HsMa0bzR7N

Didn’t just mark my calendar and set an alarm and write a reminder to myself to watch the #GlassMovie trailer on July 20th. That’s overkill for sure… 👀 https://t.co/L2riMeogcJ