Michael Jordan is the latest celebrity to help those, namely Black people, who are affected by voter suppression by donating $2.5 million dollars to three organizations

“based on their ability to take action that can create impact now.”

The three organizations have also been listed on Nike’s website. The NAACP Legal Defense and Educational Fund, Inc. and the Formerly Incarcerated and Convicted People and Families Movement will each receive $1 million, while Black Voters Matter will receive $500,000.

Michael Jordan and Jordan Brand are committed to impacting the lives of the Black Community and eliminating systemic racism and Black voter suppression.@NAACP_LDF @ficpfm @BlackVotersMtr

We are taking action to address the historical oppression against Black Americans, and this is just the first step. pic.twitter.com/wMI6utpR44

In a statement released by Michael Jordan and Jordan Brand, the three organizations will focus their efforts where

“Black people are underrepresented in registration and turnout numbers, relative to their share of the overall population.” 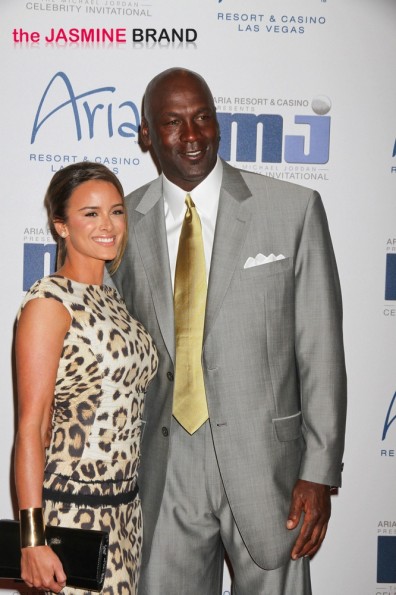 The $2.5 million dollars is part of a $100 million commitment over the next decade to fight systemic racism, according a statement released on June 5 by the Jordan Brand. 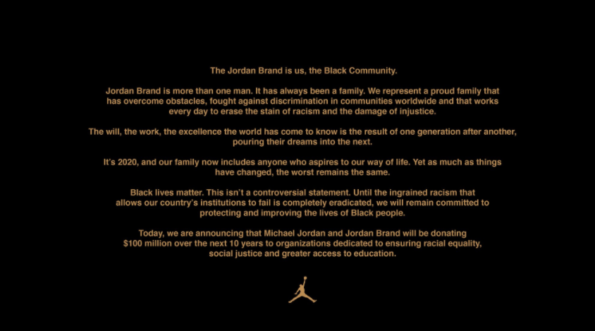 NBA superstar, LeBron James is putting his money where his mouth is.  On Friday (July 24), his “More Than A Vote” initiative committed $100,000 to the Florida Rights Restoration Coalition to help felons regain their constitutional right to vote. LeBron James announced on Twitter,

“This is a fight about their constitutional right to vote being denied.” 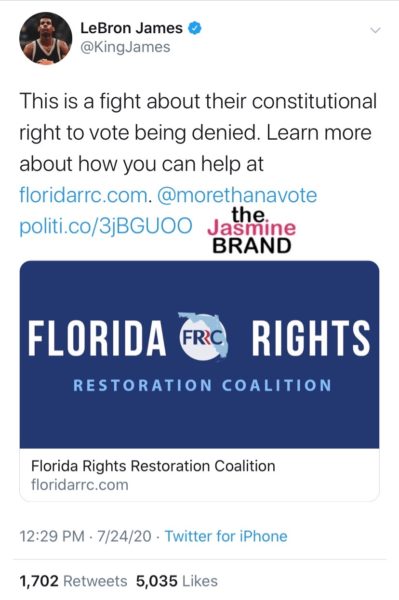 What are your thoughts on Michael Jordan the Jordan Brand’s donation? Let us know in the comments.