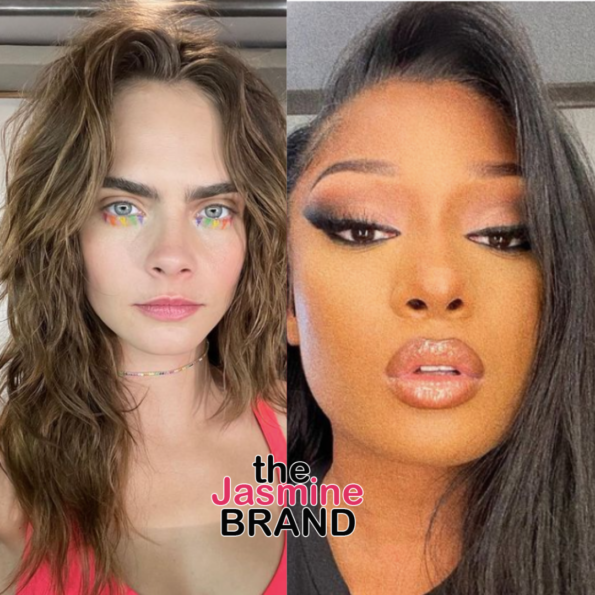 It seems like the internet isn’t here for Cara Delevingne’s budding friendship with Megan Thee Stallion.

Out of everything that went down last night (May 15) during this year’s Billboard Music Awards, fans seem to be most intrigued by the way model/actress Cara Delevingne, 29, interacted with rap star Megan Thee Stallion, 27. Multiple photos and video clips from the award show have surfaced online that seemingly show Cara Delevingne spending a lot of time with the “Hot Girl” rapper. Critics claim that Cara is featured in almost all of Megan’s pictures and videos from the award show.

In one clip Cara is on the red carpet with Megan Thee Stallion, moving the Texas native’s dress in hopes of helping her friend get a great shot for the paparazzi.

In another red carpet video clip, Cara can be seen on the sidelines seemingly watching Megan pose for pictures.

In addition to that, footage surfaced of Cara having an interesting moment with rapper Azealia Banks, 30. It’s unclear if the video clip is recent.

can we ban cara delevingne from hollywood pic.twitter.com/XIoDwucmuf

It didn’t take long for people to question why Cara seemingly spent her night with Megan. One fan tweeted,

“I think we need to enforce a law that bans Cara Delevingne from being in the 10ft radius of any black woman.” 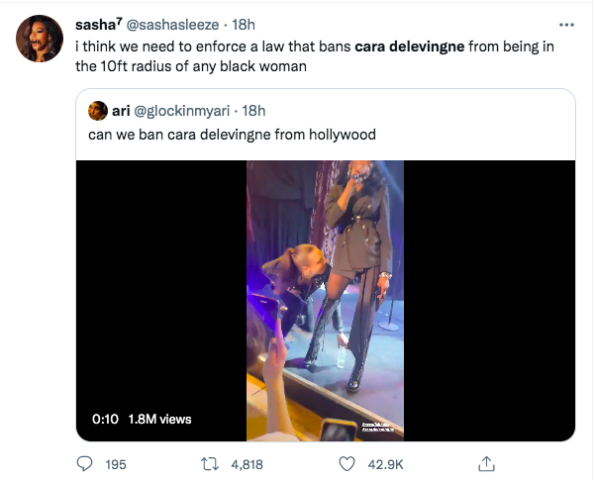 “why in every piece of media I see of Megan at this awards i see Cara Delevingne 5 inches away from her.”

why in every piece of media i see of megan at this awards i see cara delevingne 5 inches away from her pic.twitter.com/moijNxlx6W 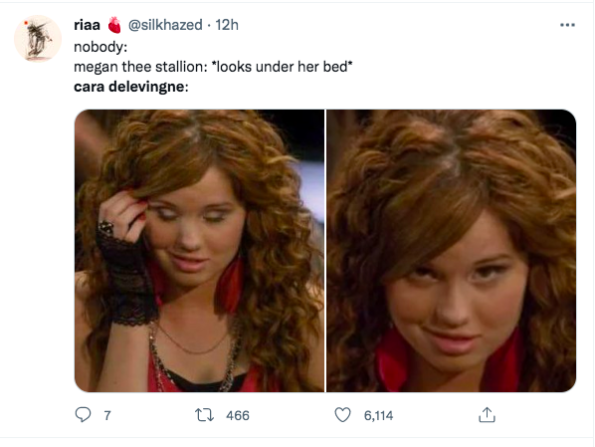 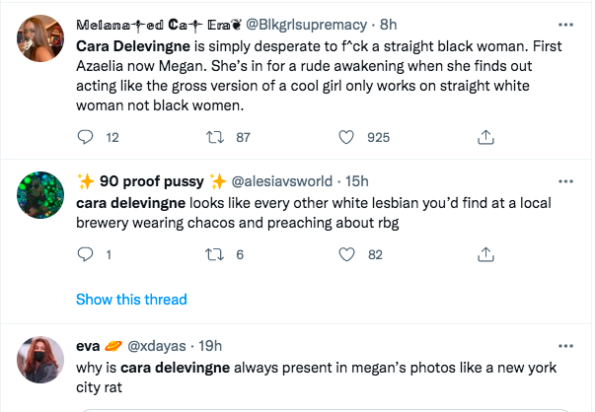 What are your thoughts about Cara Delevingne and Megan Thee Stallion’s friendship? Tell us in the comments below!