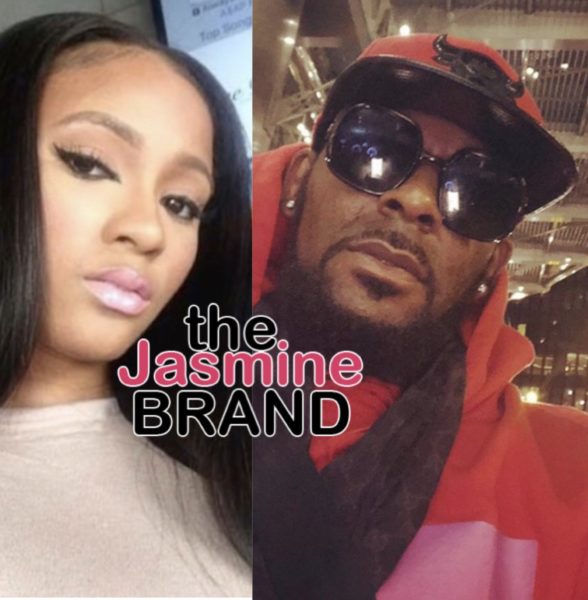 An explosive fight took place today (January 8th) today between R. Kelly’s girlfriend Azriel Clary and a woman who appears to be Joyceln Savage, who is also said to be his girlfriend. The altercation took place on Azriel Clary’s Instagram Live. Azriel later pressed charges. Full story on #theJasmineBRAND.com

Prosecutors in Chicago’s Cook County dropped the case against Joycelyn Savage after Azriel Clary reportedly refused to cooperate in the investigation. Joycelyn Savage was arrested shortly after the fight and charged with misdemeanor battery. She was later released on her own recognizance. Since then, Azriel Clary made it clear she didn’t want to press charges.

She has spoken out several times and said that she hopes Joycelyn Savage finds the strength to leave R. Kelly, 53, as she did, and reunite with her family. She tweeted a series of messages stating that she was tryin to give Joycelyn Savage tough love via the charges.

Meanwhile, R. Kelly is still in federal prison waiting for his trial on racketeering charges to begin in New York. He’s also facing charges in Chicago for allegedly tampering with witnesses in his 2008 child pornography trial.

While he’s tried to get an early release several times because of COVID-19, he has been denied as judges have deemed him a risk, pointing out he could allegedly tamper with witnesses if he’s released.

What are your thoughts on the charges against Joycelyn Savage being dropped? Let us know in the comments.