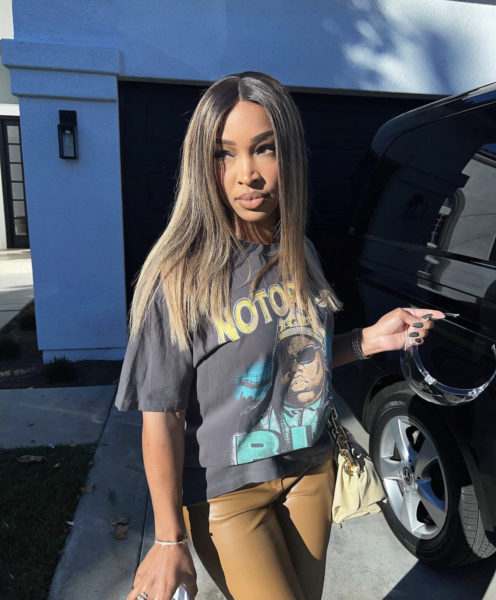 Malika Haqq has a few words for those who are diminishing the COVID-19 virus.

Actress Malika Haqq took to Twitter to announce that she tested positive for COVID-19. In an emotional tweet, the ATL star described how the virus found its way into her system after 2 years of evading it. She said that her 2-year-old son–whom she shares with rapper O.T. Genasis–tested negative. 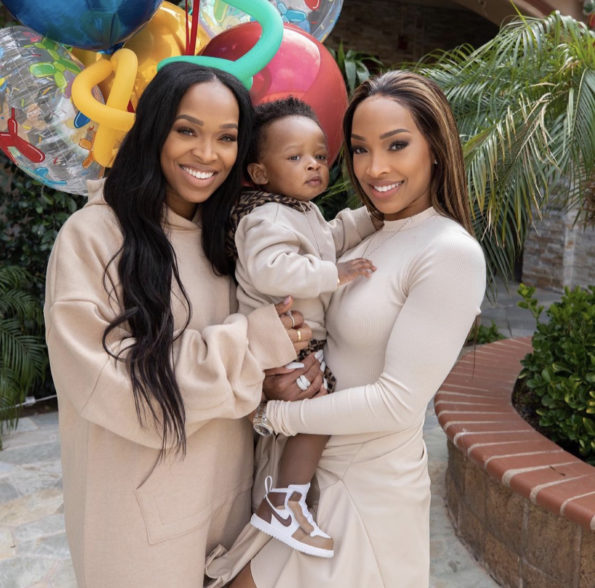 “I fought hard, dodged COVID for 2 years in an effort to protect my baby boy. I’m vaccinated, I was tested several times a week, tested those who visited. I lost the fight, and tested positive yesterday. My win, by Gods grace Ace is negative. Health is wealth. Stay safe.” 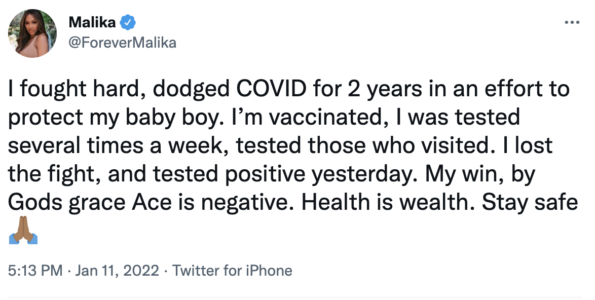 While many of her followers offered their support, others used it as another opportunity to share their stance of COVID being very mild. A few of them compared it to the common cold. Malika responded by tweeting:

“Some real ignorant folks out there. Why am I worried about a ‘cold’?, cus many people have died from the virus including my loved ones. You spreaders keep your narrow perspective to yourself.”

Several followers took offense to both tweets. One user wrote:

“You spreaders? Listen here! Vaxxed or unvaxxed you can spread it! Edicate your narrow mind.”

“You sow the seeds of hate with your every ignorant breath. Go sell crazy someplace else, Twitter is all stocked up.”

“Spreaders? You mean the people you were hanging out with? Or the lack of precautions everyone around you including you took? As I do hope you feel better but people aren’t ignorant for calling it a cold because that’s exactly what it says it causes in the medical encyclopedia. The survival rate was 99% to begin with.”

“Nah, you want to keep spewing ignorance, we’re going to call you out.”

“I’ve got it atm it’s nothing like the first version. I’m just mostly coughing and chest feels tight. It will keep mutating and get milder and milder.”

“So stop saying ‘you lost the fight’ ESPECIALLY if you’ve lost loved ones… shoose your words wisely.”

“Weak unhealthy people have died. Is that going to keep you in a state of fear and paranoia about a virus that is like the flu? Once the media stops scaring the shit out of you, you’ll figure yourself out and realize it wasn’t that bad.” 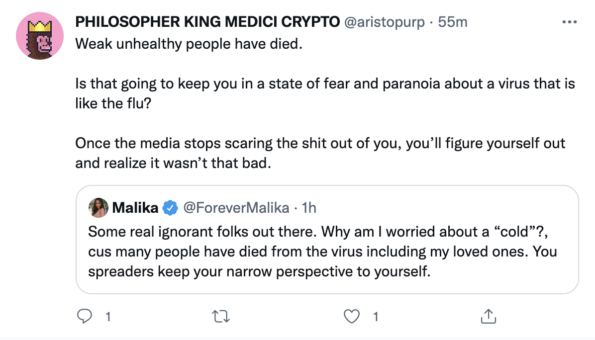 “you can still spread it if your vaccinated dummy.”

“Sis acting like she fighting cancer. We ALL been dealing w covid for two years.” 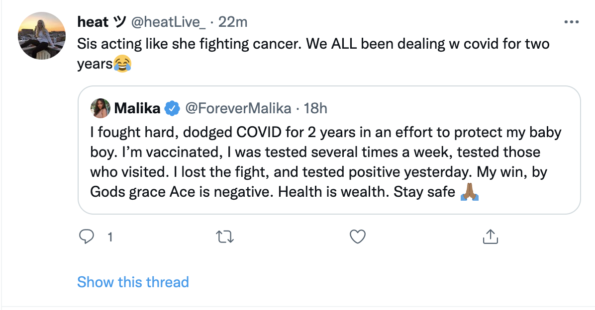 Do you think Malika’s tweets were worded appropriately? Leave us a comment and let us know.