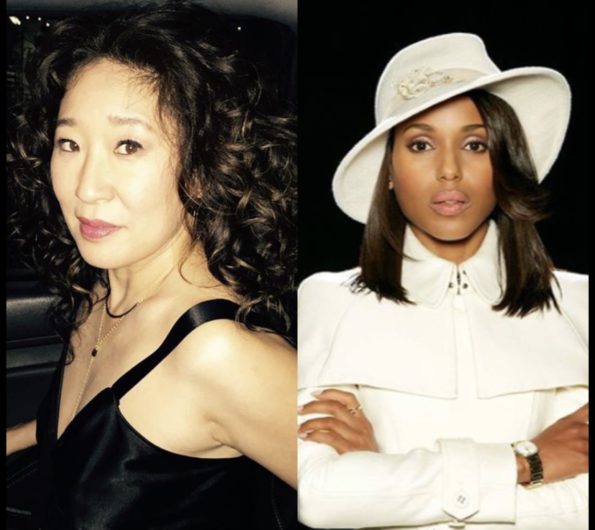 When news got out that Shonda Rimes had a new drama coming to ABC about a White House crisis manager every actress from Taraji P. Henson to Gabrielle Union were vying for the role.

Kerry Washington on the set of ‘Scandal’

Sandra Oh, who at the time was starring in Shonda Rhimes’ other show “Grey’s Anatomy”, didn’t recall who slid her the script, but remembers immediately wanting to play the lead role. She states:

“I’ve got to tell you, I remember exactly where I was when I read that damn pilot, I was on ‘Grey’s.’ We were on stage five. Someone snuck it to me, I don’t know who it was, but I got my hands on that pilot and I read it and I was just like, How could I play Olivia Pope?”

“I remember going to Shonda, and it’s like, ‘How could I do this? What is this script? Could I do this too?’ She goes, ‘No, you’ve got to play Cristina Yang!’”

Sandra Oh closed out the conversation saying how excited she was for Kerry Washington getting the role:

“But I also feel like it’s so wonderful and rare when you get in your hands something that you know is electric, that you can feel,” Oh said. “I’m so glad it was you.”

Sandra Oh currently stars in “Killing Eve” as the lead Eve Polastri and voices Castaspella in the animated series “She-Ra and the Princesses of Power”.

Can you see anyone besides Kerry Washington playing Olivia Pope? Comment Below!