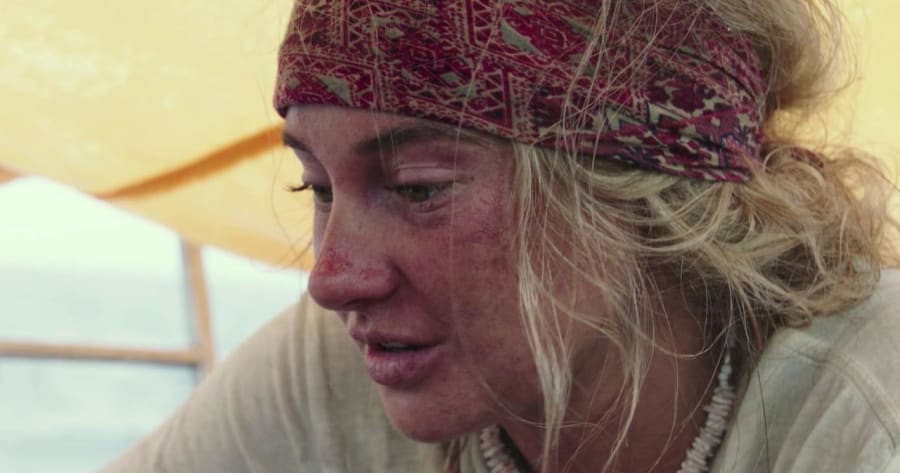 As you can imagine, “It was f*cking miserable” for Shailene Woodley to eat just 350 calories a day in the final weeks of filming for “Adrift.”

In the film, which is based on a true story, she plays one half of a couple stranded in the Pacific Ocean during a hurricane; the boat ends up in ruins, with no hope of rescue, and her fiancé (Sam Claflin) seriously injured. So she has to find a way to save them both.

Woodley told The Times of the U.K. she basically starved herself to portray her character’s hunger and desperation:

“For the last two weeks I had a can of salmon, some steamed broccoli and two egg yolks every day — 350 calories. It was f—— miserable.

I can’t sleep when I’m hungry so I would have a glass of wine to basically pass the f— out.”

Ah, the glamorous life of an actress!

A glass of wine adds about 120 calories. To maintain weight, the average woman is said to need about 2,000 calories a day; and about 1,500 a day if you want to lose one pound a week. So you can imagine that 350 calories (plus wine) a day is not enough. It’s basically a frappuccino. Sorry not sorry but we’ll go for 2,000+ if there are baked goods, pizza, and chips around. #YOLO

“Adrift” is still playing in some theaters. Look for it on Digital August 14, and on DVD/Blu-ray August 28. Woodley will also return for “Big Little Lies” Season 2 on HBO in 2019.