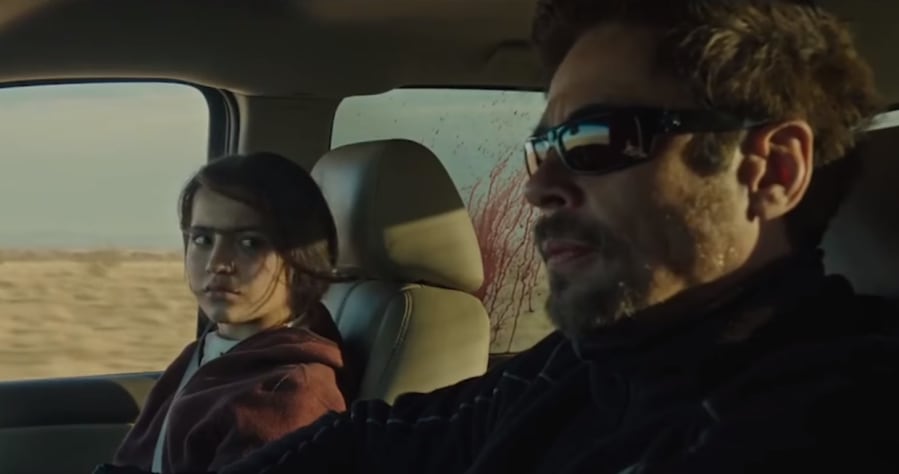 “Sicario: Day of Soldado” is remarkable for a number of reasons.

It’s one of those “they don’t make them like that anymore” movies, where incredible dramatic performances (led by Benicio del Toro and Josh Brolin) anchor a film that is full of suspense and intelligent plotting. (And it’s R-rated, so no kiddie stuff either!) It’s also remarkable for being an independent-financed entry in a brand-new franchise (which began with 2015’s Denis Villenueve-directed “Sicario“). These are very hard to come by and the recent cinematic landscape is littered with ambitious, but ultimately, failed attempts at franchise expansion (we love you “Blade Runner 2049,” but you didn’t move the needle).

It’s a fascinating and brilliantly bold move, so we were thrilled to get to chat with producer Trent Luckinbill, who runs (alongside his brother, Thad Luckinbill, and Molly Smith) Black Label Media, a kind of boutique production arm that aims squarely to create movies appreciated on both the critical and commercial level. (They had a hand in “La La Land” and were responsible for last year’s excellent, sorely underrated firefighter drama “Only the Brave.”)

In our interview, Luckinbill talks about the decision to turn “Sicario” into a franchise, whether or not Emily Blunt’s character from the first film will ever return, and what it was like working with Jerry Bruckheimer on this year’s “12 Strong.”

Moviefone: Well, I first wanted to ask about what happened with the Lionsgate relationship, because the first movie was released through them. You guys worked together on “La La Land,” obviously. But then you took this movie elsewhere. What went on? It seems like this would be a great addition to their portfolio.

Trent Luckinbill: Yeah, yeah, certainly. Well, it really wasn’t about this movie. We had some dating problems and calendar issues where we wanted Black Label to release the movies and we couldn’t quite get the spots right with them. We just basically agreed to take them and go find a different studio that had the room to put them out when we wanted to do it. It’s truly as simple as that. But they still have our international, and they’re huge fans of “Sicario.”

When did [writer] Taylor Sheridan bring up the idea of making a sequel? Or did you guys come to him with that idea?

Yeah, it’s funny. We were always kicking this around a little bit, because the script sort of left it open. It didn’t tee off anything, plot-wise, but it left it open like, boy, if people respond to these characters the way we do, and the audience reacts like we hope. We want to see more of them, and there’s more places to go. We can spend some more time with them.

“Sicario” was actually Taylor’s first movie script. He wrote that, “Wind River,” and “Hell or High Water.” He always talked about this as something where there’s more to explore. [He’d say,] “If these characters are loved, then I’ve got some more ideas.” It was always sort of floating around out there. We talked to Denis [Villeneuve] about it during the movie and after the movie, when we saw the critical response. We knew that we wanted to do more, and it sounded like there was an audience for it, so we went for it.

I remember when this one was announced there was also talk of a third movie, where there was a loose trilogy idea in place. Is that still something you guys are talking about?

Yeah, absolutely. We’re talking to Taylor about it now. It was in his head when he wrote the first one. Now that we’ve done the second one, I think it’s even more in his head, about what he’d want to do if we did a third one. So we’re having those discussions. I think we left this one in a way, even more than the first one, where it kind of suggests that there’s more to come. We’re actively looking at that as well.

No, I mean, it’s funny. At Black Label, we’ve just been reacting to things we respond to on the page. Certainly, I think, anyone in this business hopes for trilogy opportunities or franchise opportunities. But those are really hard to come by. We’re excited that we had a movie that worked so well and everything was intact to potentially explore further. We don’t hunt them down. We don’t make it a mandate.

You mentioned a couple of our movies. Our taste is always sort of in that cross-section between critical prestige and commercial. We find that landing that balance on top of a franchise is difficult, but we’re certainly looking. We all love these stories, and when we love them we want to see more of it. 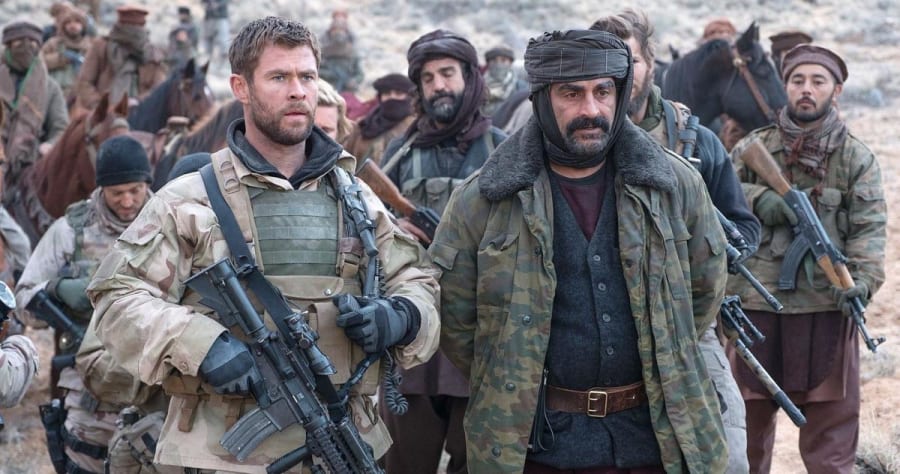 I wanted to ask about “12 Strong” from earlier this year, because you guys partnered with Jerry Bruckheimer. What was that like? There’s nobody more Hollywood than that guy, and I imagine that was interesting.

It was great. Jerry is certainly one of the biggest names in the business, and he’s still one of those producers who’s like a brand in and of himself. And there’s not many of those guys left. But he was so hands-on, and I think we got a glimpse of how he’s succeeded over the years. He just really cares and pours himself into every project, from story to casting to being on set every day into the editing, where he’s just gold. He’s really great in the editing room.

It was kind of interesting, because Jerry hasn’t done a lot of independent films. Most of his stuff obviously has been at the big studios. It was a little bit of a learning experience for both of us. We were sort of teaching him, in a way, how we do things from the indie approach, and he was sprinkling in all of his experience in the studio world and how to make things as commercial as possible. We loved it. Big fans of Jerry, and we’d work with him again in a heartbeat.

I want to go back to the original announcement of “Soldado.” It was speculated that Emily Blunt would be coming back. How hard was it to make the decision that she was going to sit this one out, and have you guys talked about where her character is in the larger “Sicario” universe?

Yeah, her character is there. It’s really the decision we talked about with Taylor. He just had an idea in his head when he wrote the first one for where it would go if we did more. He really felt like it was most organic to focus on our two guys in this one and really dig into their characters more and to see them kind of pitted against each other. He didn’t feel like he could make it organic enough where it made sense. But certainly, as we look at maybe doing more, we’ve got her character squarely in mind. Taylor’s got a lot of really cool ideas.

Did Denis have any input as to who was going to be his successor?

Not as far as making the decision on Stefano [Sollima]. He’s a fan of Stefano. He’s seen the movie and he’s a huge fan of the movie. We know we hit the bullseye when you get those endorsements. We had been kicking around the idea of a second one during shooting, but you never want to put that in the director’s pad. We talked to him afterwards. He was on board. Clearly, his schedule got really busy with a lot of big movies. With his blessing and support, we went looking for a person who could deliver on that level. He was really supportive of everything and has been really helpful all the way through.

“Sicario: Day of the Soldado” is out today, and you can read our interview with director Stefano Sollima here.