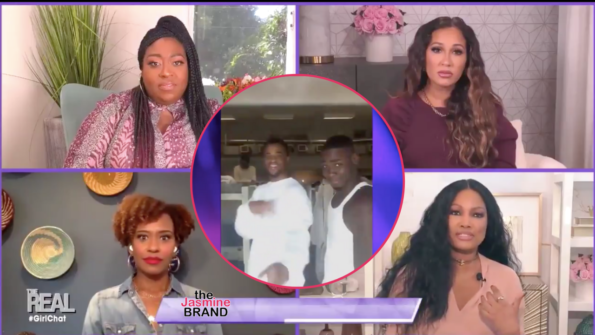 The ladies of the American talk-show ‘The Real’ are facing backlash over comments they made regarding people using TikTok while incarcerated. During their discussion, Loni Love expressed her disagreement with inmates having access to a social media app like TikTok. She said,

“A lot of them are doing it because they get money. They put their Cashapp in their account and they’re getting money.”

“I don’t think it’s right. You’re in prison for a reason! You ain’t in prison to be partying and making dance videos.”

New host to ‘The Real’ Garcelle Beauvais agreed with Loni Love and said,

“I agree with you Loni, I don’t think it’s right.”

Adrienne Bailon also shared that she’s not here for inmates being on TikTok because it isn’t true justice. She said,

“I don’t think it’s right and I have to think of it this way… I would have such an issue if someone was in prison for doing something terrible to my family member and then I’m seeing them here on TikTok having a good ole time making videos and getting money from Cashapp. I would feel like that wasn’t justice. I wouldn’t feel that justice was served too.”

“Specifically, when you’re talking about violent crimes or something like that. That’s upsetting. Like I can’t imagine you having done something violent to a family member, killing someone in my family, and then I get to see you do a little song and a dance on TikTok. That would piss me off.”

The rise of inmates on social media is at an all-time high. Is justice really being served if prisoners are allowed to entertain millions from behind bars? pic.twitter.com/g1DM2RjBjd

Many people took to Twitter to express how much they disagree with what ‘The Real’ hosts had to say about prisoners using TikTok. 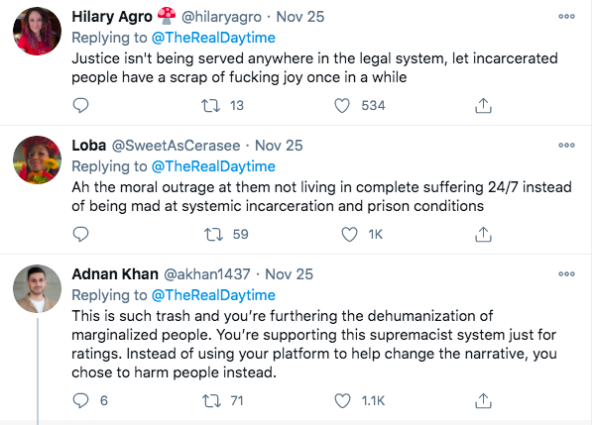 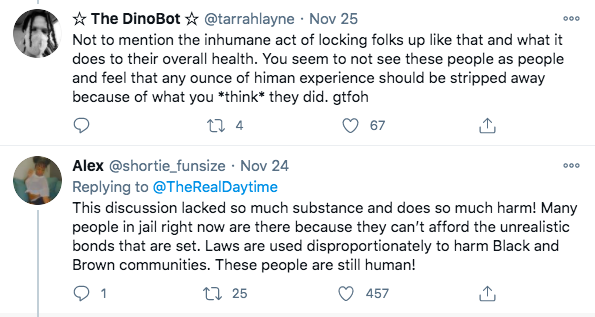 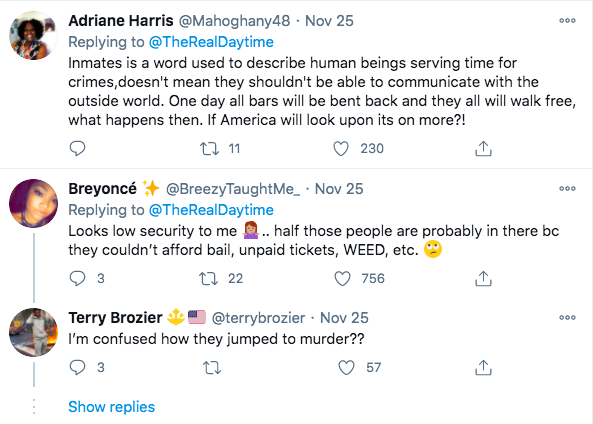 What are your thoughts on what The Real hosts had to say? Let us know in the comments.