Yung Miami Of ‘City Girls’ Reacts To Criticism Over The Way She Speaks: Get Off Twitter Grandma IDGAF!

Yung Miami Of ‘City Girls’ Reacts To Criticism Over The Way She Speaks: Get Off Twitter Grandma IDGAF!

Yung Miami was recently called out by a social media user for the way she articulates her thoughts and feelings.

During the “Caresha Please” debut, rap star Yung Miami grilled Diddy with a series of questions pertaining to the status of their relationship. She asked the executive producer/entrepreneur,

“So what we is? What you like about me? Like, why you f*cking with a City Girl?”

Apparently, some weren’t amused with the way the Miami native sought clarification on the status of their relationship. On Monday (July 4), Yung Miami shared a tweet that read,

“You’on like the way I talk b*tch say something!!!”

Miami fired back late at night and replied, 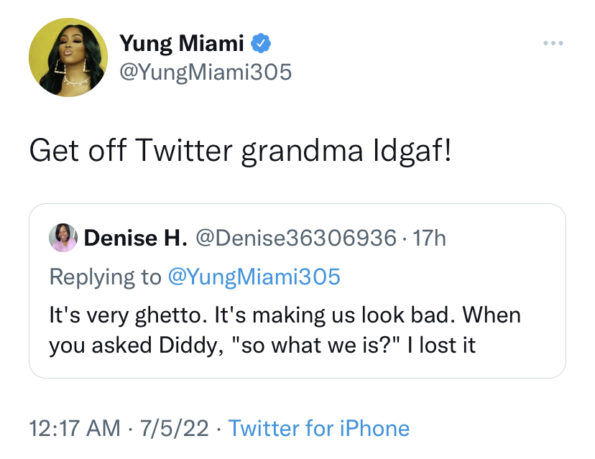 The mother-of-two went on and revealed that the cryptic tweet was a song lyric, which seemingly relates to the rapper because of her heavy accent and authenticity. 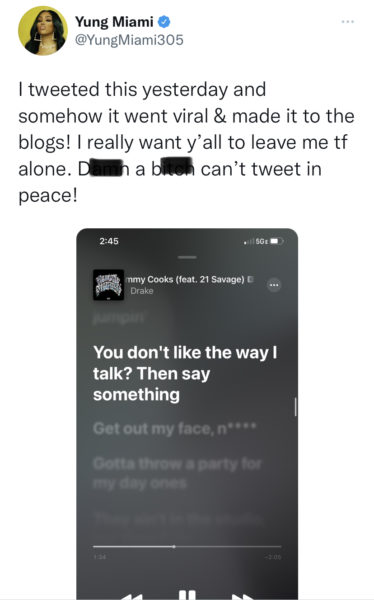 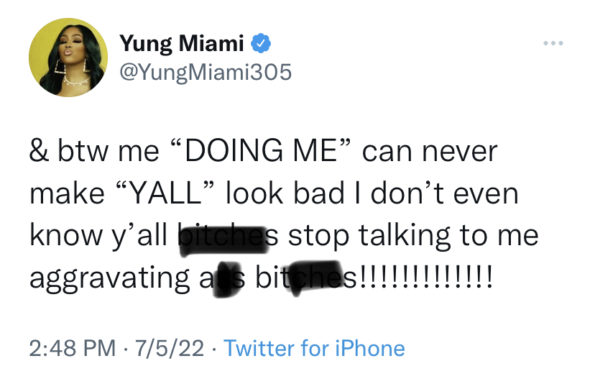 What are your thoughts on Yung Miami’s tweets? Let us know in the comments!